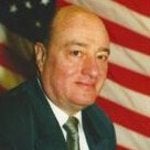 I have received my Certificate of Training for Guardians and Court Evaluators under Article 81 of the Mental Hygiene Law on April 5, 1995. I am presently the Court Appointed Guardian of two incapacitated persons. In my career I have been appointed Guardian of Incapacitated Persons on eleven occasions. I have been appointed Court Evaluator, counsel to Alleged Incapacitated Persons and Guardian ad Litem in dozens of matters both in the Supreme Court and the Surrogate's Court. The Court has appointed me in many matters where there are allegations of fraud and misappropriation of funds. I have received numerous pro bono matters.

I have tried contested estates and guardianships, personal injury, complex commercial matters, real estate and have specialized in criminal trials for the profession. I have represented judges, lawyers, doctors and other professionals in disciplinary proceedings.

Attorney for the Legal Defense Fund of Local 30, International Union of Operating Engineers. Represent 3,000 members of Union and advise on their daily legal problems.

While this website provides general information, it does not constitute legal advice. The best way to get guidance on your specific legal issue is to contact a lawyer. To schedule a meeting with an attorney, please call or complete the intake form below.

Thank you for contacting us. We will get back to you shortly.

Please complete all required fields below.

We understand that if you are considering an attorney then your matter is of extreme importance. Contact us now for a free consultation. Our response will be prompt, discreet and with the care and understanding that you deserve.